Merry Christmas! How wonderful it is to celebrate the birth of our Savior! We want to wish you and your family a very Merry Christmas! May this Christmas bring an extra sense of excitement in your life for Jesus’ birth, as well as an even greater anticipation of His soon return. May the God of favor fill your heart with joy and peace as you trust and abide in Him. May this next year be a time of fruitfulness in your life as you live for Him, bringing Him glory.

Adoration of the Shepherds – Bartolome Murillo

The above picture is a famous representation of the visit of the shepherds to Jesus. Murillo’s Adoration of the Shepherds is an oil-on-cloth painting, measuring 6 x 7 1/2 feet. Murillo incorporated new methods in his artwork, using various dark oils and intriguing lighting effects. In this painting darkness surrounds the figures, with no light shining on the subjects from the doorways or windows. Rather, the only light is emanating from the newborn babe, Jesus. Therefore, all of the observing faces are lit by this light. Murillo’s painting tells the story that all of the world is in the darkness of sin. The only possibility of true light comes from God, the God who became man, born in flesh in order to reveal the love and light of God to man. From His birth to His death Jesus knew His mission.

Light into darkness came,
piercing our guilt and shame.
Wrapped in frail humanness,
struggling to live among us.
God’s life was placed in flesh,
softly comforted by her caress.
Savior, Messiah, and King,
of Whom the Angels did sing.

In Him was life,
and the life was the light of men,
But rejected by all,
they thought His kingdom would end.
Crucified, buried, and raised,
Jesus ascended to the Ancient of Days.
The Lamb’s blood became sweet,
it purchased our redemption–complete!

In Him dwells all fullness of the Godhead bodily,
And He is head over all principalities.
Every knee will bow in heaven and earth,
Every tongue will acknowledge the Savior’s birth.

God’s righteousness was granted to me,
I’m washed, reconciled, adopted–set free!
Jesus is Lord, Master, and Friend,
peace and goodwill He gives among men.
In this life I’ll always appreciate,
the cradle and cross of the One who now mediates,
His hand touching my head and reaching the Father,
a ransom for all, a treasure, a wonder!

From death to victory, grave to majesty,
the God-Man Jesus now reigns on high. 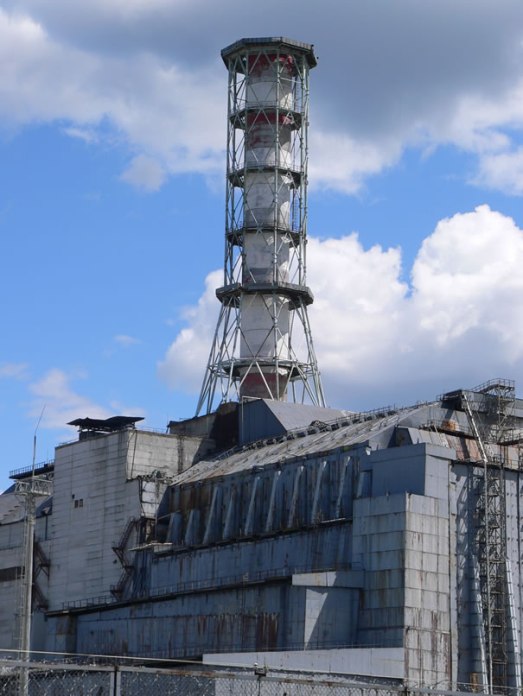 Today, April 26th, 2016, is the 30 year anniversary of the tragic, Chernobyl nuclear disaster. This man-made accident is often cited as one of the key events which led to the collapse of the Soviet Union. The “all-powerful,” anti-God Party of the People was helped to its knees through a test-gone-bad at a nuclear facility located less than an hour from Kyiv, a city of 3 million people. …People… People suffered. People were traumatized. People died. The people’s leaders ignored, denied, and covered up the magnitude of the disaster, while evacuating their own families to other countries as quickly as possible. 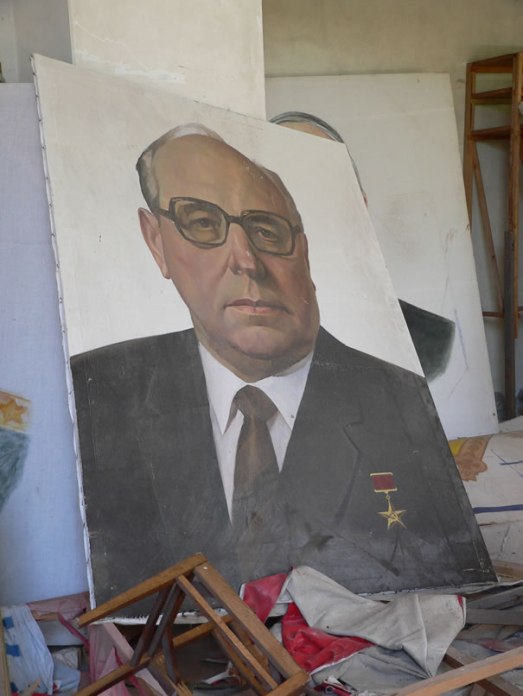 30 years later people are still affected. Memories linger among older generations, while newer generations struggle to survive a plethora of other man-made, destructive forces such as corruption, moral bankruptcy, and war. Whether fighting former ghosts or present demons, the evil that so pervades our world cannot be contained by man-made sarcophagus or human sovereign. An evasive peace is continually dangled in front of people, but the result is always the same–hollow words and unfulfilled promises.

The Chernobyl tragedy of three decades ago, the current plague of Western immorality, the devastating wars in Ukraine and Syria, the wanton corruption flowing through Panama, all cause my heart to long even more for a different King and a different Kingdom. May the Kingdom of God come.. where there is true righteousness, peace, and joy. In the meantime, we pray for His will to be done here on earth, and we continue to fight the good fight of faith!

The following is a section taken from Distant Fields.

“One day while riding the metro, the family met a man by the name of Anatoli. Himself affected by the radiation from the Chernobyl nuclear disaster which had occurred only six years earlier, Anatoli had been told simply to drink red wine in order to flush the deadly radiation from his body. Another of Pam’s new acquaintances, Lilly, further described this tragic “accident” to her. In her journal, Pam quotes Lilly as saying, “We live in a giant prison.” As the Markeys met with Anatoli, Lilly, and others, they soon learned more about the tragic nuclear “accident,” and the ensuing coverup, and they began to understand how little concern there had been among the leaders of the Soviet Union for the inhabitants of this now-fractured empire.

“On April 26, 1986, a series of malfunctions led to a meltdown at the nuclear power plant located near the city of Chernobyl, some 60 miles from Kiev. Nearby was Pripyat, a city of about 50,000 people and home to most of the employees working at the plant. Its inhabitants were preparing for the upcoming May Day celebrations, walking with their babies in the streets, children playing soccer outside in the fresh spring air. The time for planting their gardens was right around the corner. However, little did they know that the bright glow on the skyline was something other than the setting sun.

“For many days after the accident, the people of Ukraine were not informed of the dangers they were facing, nor were they told of the simple remedies that could help stave off some of the most critical health issues. The leaders of the Soviet Union maintained a tight grip on the release of any information about what was actually happening at the nuclear facility, themselves sending away their own families to other cities or nations abroad. The invisible poison was being driven into the populated city of Kiev on trucks that were being hosed down and sent back to battle the fires at the Chernobyl plant. Conscripted soldiers were told that if they would work for two minutes battling the fires, they would be exempted from their mandatory two years of military service.

“Neighboring Scandinavian countries were the first to report the radioactive clouds making their way toward large portions of northern Europe. And yet, the people of Ukraine were told nothing. Pam writes, “No one ever told them not to eat the food or drink the water.” In fact, the news of the tragedy first broke in the West and was broadcast over shortwave radio into the Soviet Union. Quoting Lilly, Pam writes, “We first heard about what had happened at Chernobyl by an American radio broadcast that we secretly received on shortwave radio.”

“Cancers, miscarried pregnancies, thyroid problems, and other illnesses would plague an entire generation of Ukrainians, searing into their minds and hearts the painful reality of a system filled with self-absorbed, corrupt, and delusional leaders. I remember how frequently people spoke of Chernobyl in those early years, especially when someone was sick. The lead singer of the new Ukrainian Christian music group Seven told me of his experiences as a soldier working at Chernobyl that summer. He says, “The cherries on the trees that year were as big as apples. We picked them and checked them with our devices and they were clean, so we ate them. But after that year, those trees did not bear any more fruit.” He further described how his own immune system was totally destroyed by the radiation. “I can get a small cut on my toe and my whole foot will swell up because my body cannot fight the infection.”

“The Chernobyl disaster, World War II, the forced starvations and indiscriminate liquidations under Stalin, and centuries of servitude as the pawns in other nations’ chess games were all national tragedies that were imbedded in the psyche of these now-independent Ukrainian people. They were a people who had endured much suffering, seemingly everyone with a story of pain, loss, despair, or death. Memories that earlier had been spoken only behind closed doors were now beginning to emerge, painting a dark picture over the shining facade of Soviet realism. Furthermore, the recent collapse of a political and ideological system to which most had pledged their allegiance had injected their souls with even greater doses of despondency. Entire life savings were completely devalued in a matter of a few short days and weeks. Formerly stable-paying jobs were now remunerating their employees in the wares of what they produced – sausage from the sausage factory, clothes from the clothing factory, or even toilet paper from the toilet paper factory. Barter and bazaars became the means of survival during this time of an untrusted past, an unstable present, and an unknown future.”

All text and photos by Jed Gourley

Links to other pictures and information about the Chernobyl Disaster:

It was an honor to be included in the Worship & Missions Evening at Calvary Chapel St. Cloud. Well, although we were not there physically, our information 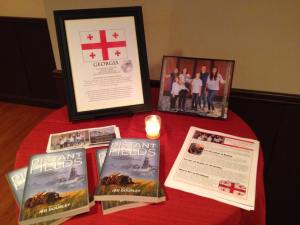 and copies of Distant Fields were available.

Thank you Calvary Chapel St. Cloud for sharing about the past and present work that is taking places in so many parts of the world!

I wanted to let you know of a book that is FREE right now on Kindle! “A Story of Grace” is a history of the missionary work in eastern Europe, and the beginning of the movement of Calvary Chapel in Hungary. It is written by long-term eastern European missionary (and friend), Phil Metzger. You can download it now here.

10 iPhones for Worldwide Use! 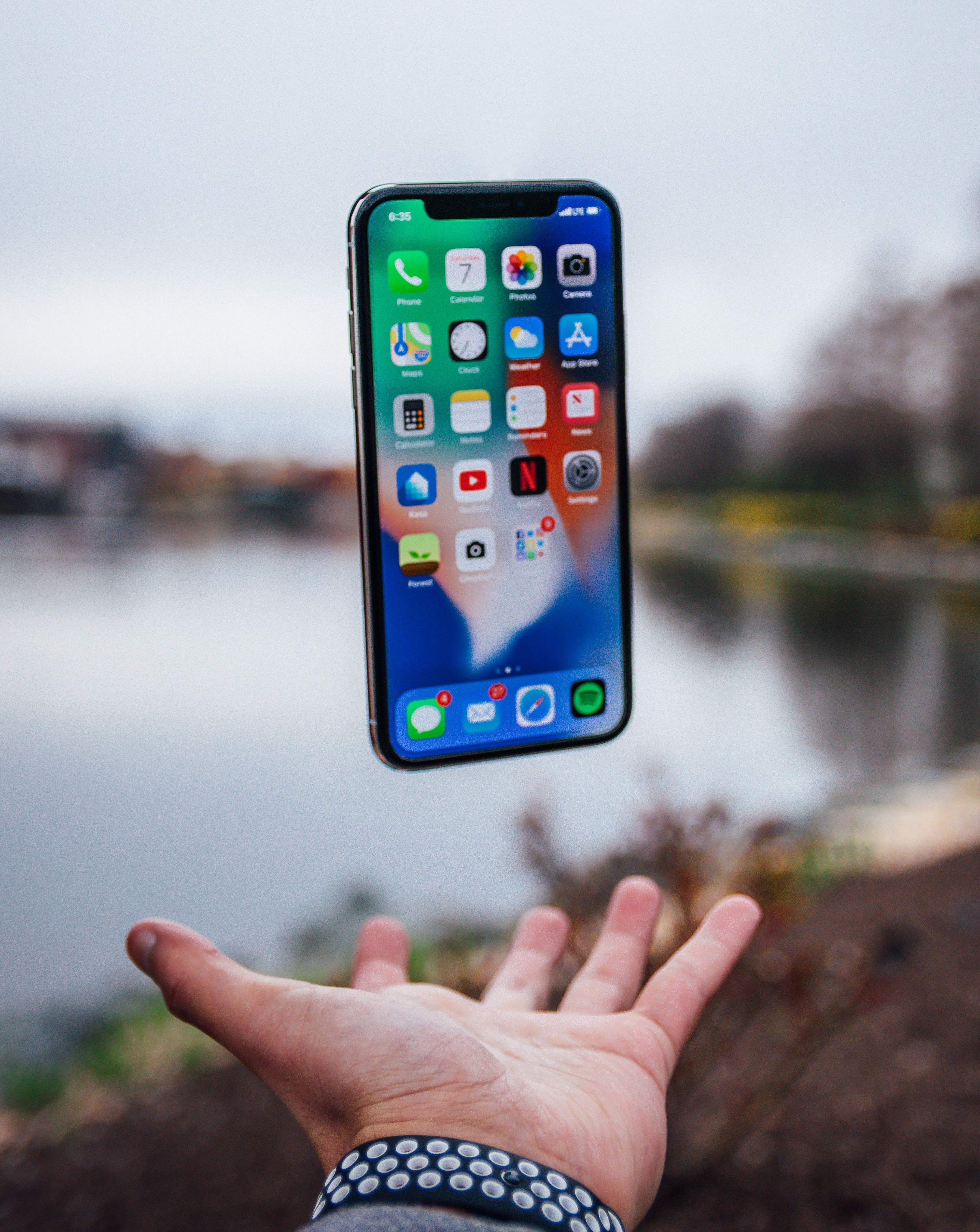 Not all iPhones are created equal. “What kind of silly statement is that?” you might say. “Of course, they’re not!” I know. I get it. With all the iPhone numbers from 4 to 10, and the pluses, and S-es, and max-es, of course they’re not all the same. However, it gets even more complicated. […]